A Journey Through Historical Welsh Footsteps

Offa’s Dyke is a 20ft wide earthworks that runs 177 miles from Prestatyn to Chepstow, roughly along the border between Wales and England. Construction of the Dyke is thought to have begun in AD757 and completed just before AD800 on the orders of the then Anglo-Saxon king of Mercia.

Points of interest along the 177 miles include the Clwydian Range (an area of outstanding natural beauty), Llanthony Priory, Pontcysyllte Aqueduct World Heritage Site, Hay On Wye (the town of books), Chepstow Castle, White Castle in Abergavenny and Monnow Bridge and Gate (the only remaining fortified medieval river bridge).

Growing up in North Wales, Offa’s Dyke has been a source of walking and running inspiration for many years, so in 2020 we’ve decided to start taking a closer look at the trail and how we can break it down into sections to cover across the year. This post documents the various routes we’ve taken so far across Offa’s Dyke.

Views to the south: the Vale of Clwyd and Snowdonia’s peaks, and to the north: the Welsh coast, the Wirral & Liverpool. 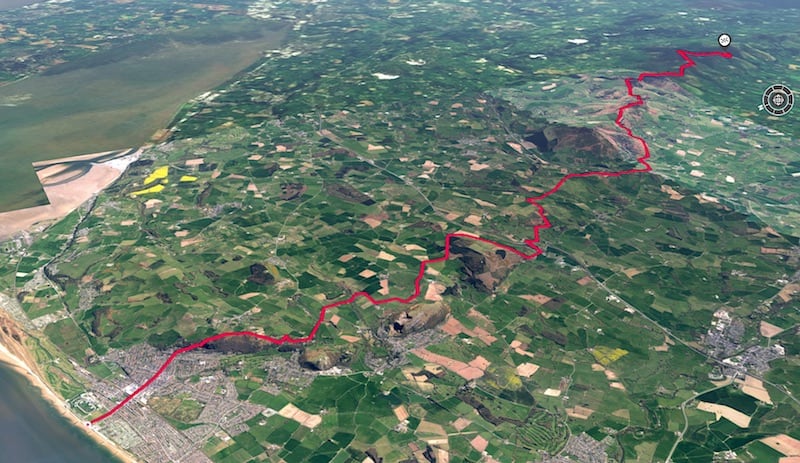 The first 20 miles of Offa’s Dyke from Prestatyn beachfront to popular North Wales walking location Moel Famau. The Dyke begins with a good few miles of road and town based walking, before eventually reaching the lower slopes of Moel Y Parc, the first hill in the Clwydian Range. Following the curvature of the Range, the Dyke path snakes in a generally South East direction on well marked and maintained hill trails.

1. Starting at Prestatyn beach front Offa’s Dyke heads away from the waves through the town towards the start of Clwydian Range.

2. After crossing the A55 expressway the first hill in the range, Moel Y Parc, is missed out by the Dyke with the path wrapping around the south of the peak and climbing towards the first summit of Penycloddiau.

3. From Penycloddiau the path is very well maintained and clearly marked towards Moel Famau, it’s simply a case of staying on the path to the highest peak in the Clwydian Range.

Views to the south: the Vale of Clwyd, Llangollen valley and Snowdonia’s peaks, and to the north: the Welsh coast, the Wirral & Liverpool. 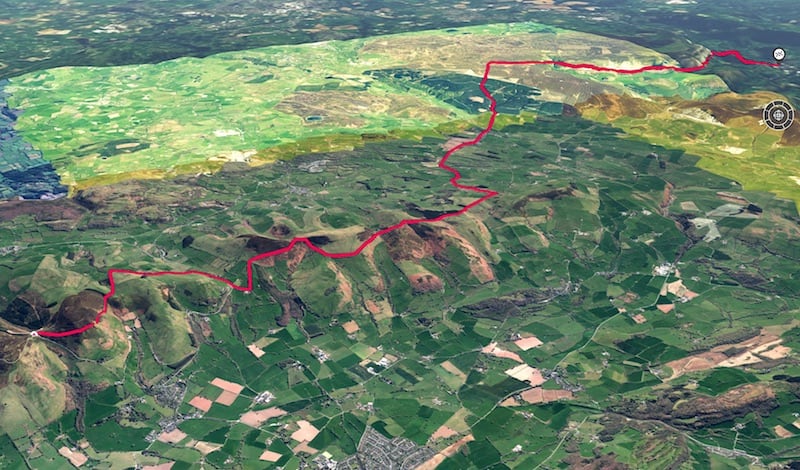 The second major section of Offa’s Dyke, from the Moel Famau bwlch car park to the beautiful town of Llangollen. This section takes in the remainder of the Clwydian Range, Llandegla Forest and the Panorama Hills view staggering views above Llangollen.

1. Starting at Moel Famau’s Bwlch car park, the path circles around Foel Fenlli and continues along the Clwydian Range.

2. The path eventually drops down into the village of Llandegla, moving swiftly into the surrounding forest.

3. The short forest walk leads up to Worlds End, then turning south to wrap around Eglwyseg Mountain and Creigiau Eglwyseg (referred locally as “the Panorama”).

4. As Offa’s Dyke reaches Castell Dinas Bran, this trail route diverts down into the town of Llangollen to finish.

Views the Shropshire plains and the edge of the Welsh hills.

This section of the Dyke takes in the world heritage site of Pontcysyllte Aquaduct as well as the megalithic remains at Selattyn Hill.

1. Continuing on from Castell Dinas Bran, the path cuts down through the village of Trevor to Pontcysyllte Aquaduct, the bridge designed by Thomas Telford and now a world heritage site.

2. The path then arcs around Chirk Castle before ascending to Selattyn Hill, where the Bronze Age ring cairn dates to around 2000BC. There’s also a Victorian watch tower in the centre of the ring cairn, now itself crumbling away.

3. From Selattyn it’s a reasonably comfortable wander to reach Llanymynech utilising a combination of footpaths and roads.

Keep checking back through 2020 to see our Offa’s Dyke progress!

Places To Stay Near Offa’s Dyke

These independently owned businesses offer accommodation and specific services for people walking Offa’s Dyke, such as bag pickup and drop off.

Traditional farmhouse bed and breakfast as well as luxurious self catering barn conversions in the heart of the Vale of Clwyd, North Wales.