We spent a crisp autumn afternoon with friends exploring Llyn Eigiau, a stunning natural reservoir, nestled in a glacial valley, on the edge of the Carneddau. We’d originally planned to go to Dulyn bothy but jumped at the chance to explore the lake as we hadn’t yet ventured in that direction.

The valley is beautifully rugged with a few stone buildings peppered on higher ground. The lake has some truly spectacular reflections when the weather is right and the many boulders dotted about make it a great place to put a time lapse on, sit off and enjoy with a steaming hot brew.

Water is fed to Llyn Eigiau via a tunnel from the stream below Llyn Dulyn and a larger tunnel feeds water from Eigiau to Llyn Cowlyd. The lake here is said to hold Arctic Char that was transferred from Llyn Peris during the building of electric mountain, inside Elidir fawr. It is also one of the few lakes to have its own natural brown trout. Fish aside, it holds a rugged shoreline with a mesmerising waterfall in the centre.

Dominating the landscape is the dam wall. It was built to supply water to the power station in Dolgarrog in 1911 and covers ¾ of a mile, reaching 35ft in height. While not aware at the time, we found that the reservoir here holds a dark past, the crumbling dam wall that can be seen looming on arrival was built on unstable ground and corners were said to be cut during construction. A heavy rainfall resulted in a burst in the wall that over flowed the reservoir below, this led to boulders and trees being thrown down onto old Porth Llwyd village – where 16 people lost their lives.

The work on the dam here was abandoned, leaving the decaying wall behind. We made good use of it – getting to grips with some different drone angles and were lucky to witness a string of stunning Carneddau wild ponies cantering across the grassland below. A great place to spend a mindful few hours outside in nature with minimal effort and no need for maps. 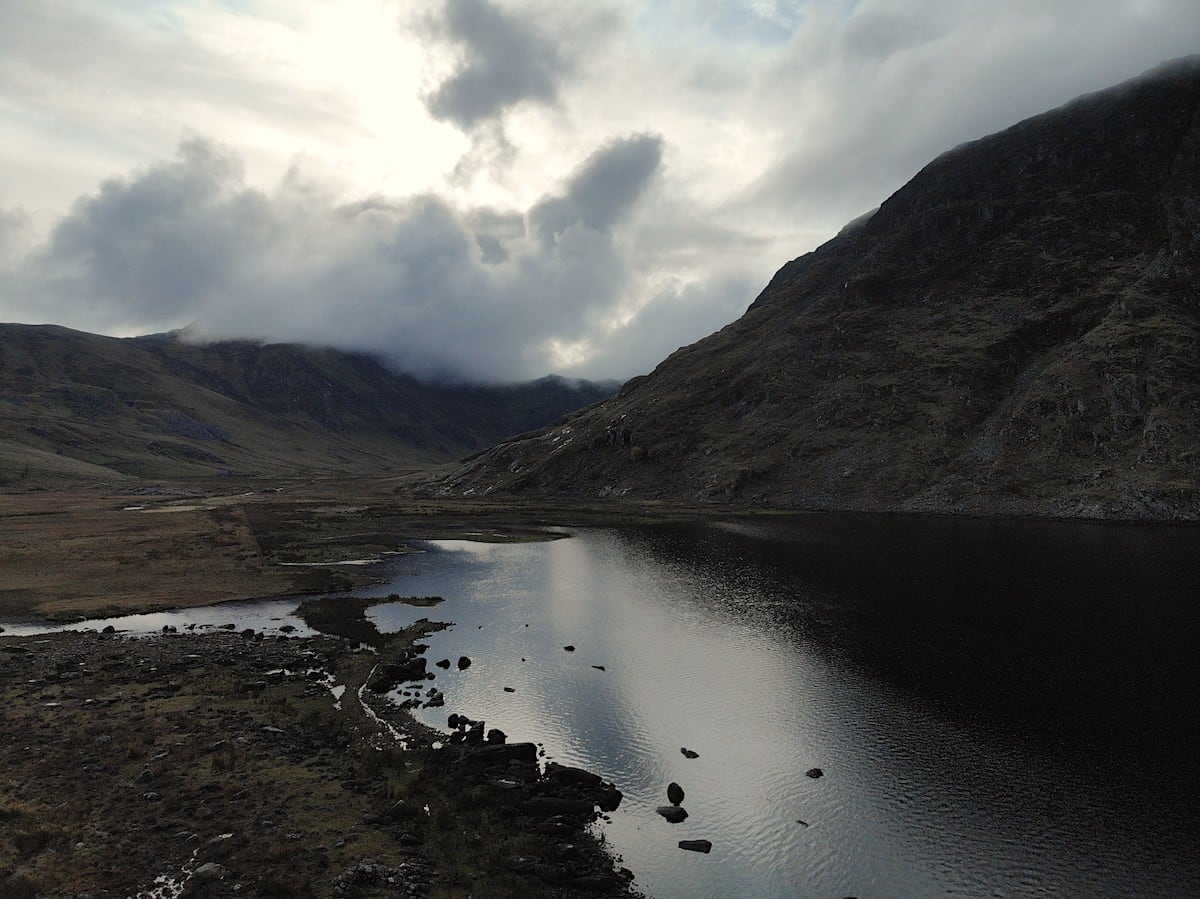 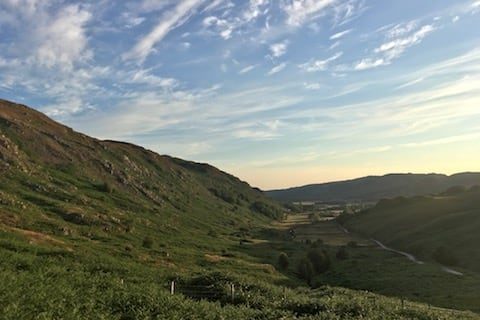 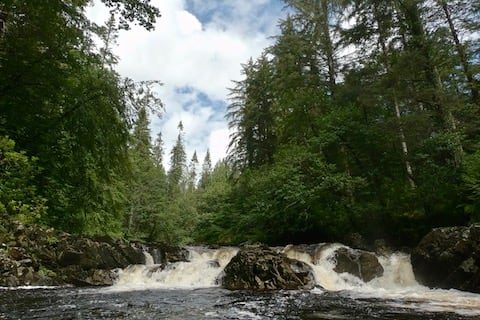 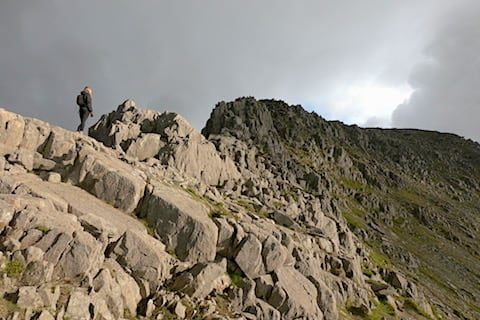 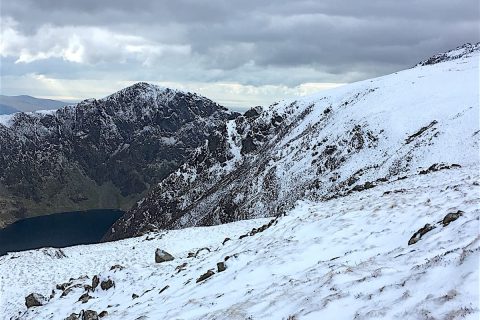 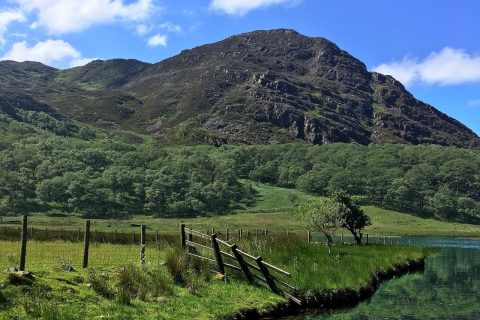 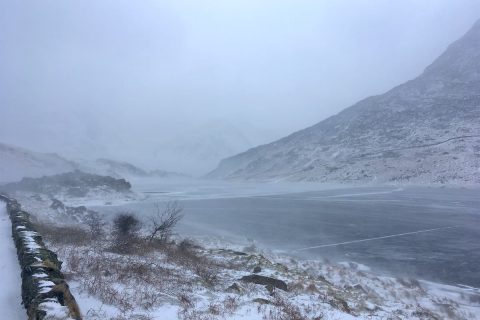 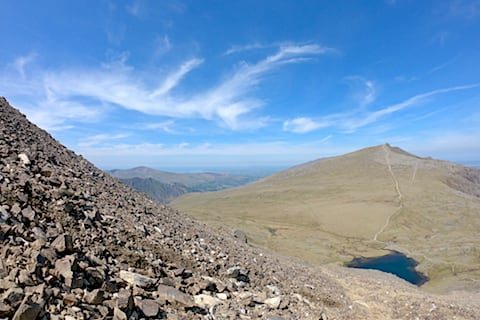 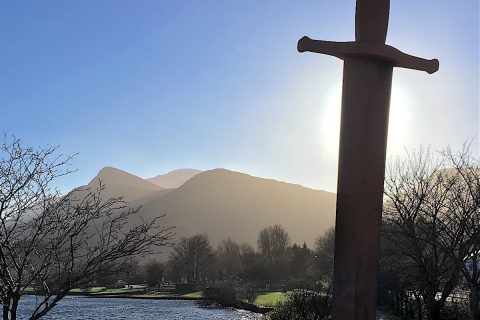