Completed in around 1908, Gwylfa Hireathog was a large shooting lodge said to be the highest inhabited house in Wales at 496m above sea level. It had a relatively short period of use of just over 40 years and has been crumbling to ruins since the 1950s.

The location of the Gwylfa Hiraethog ruin is simply breathtaking, atop a hill with jaw dropping views of nearly every mountain summit in Snowdonia National Park. We’ve spent so many sunsets here, even bringing the Biolite stove and cooking up curries as the sun melts the enormous panoramic landscape that stretches out for miles and miles.

The house was originally built for politician Hudson Ewbanke Kearley, the 1st Viscount Devonport (1856 – 1934), as a perfect venue for shooting parties with his wealthy pals. The first incarnation was an imported Norwegian log cabin, but that didn’t stand up to the Welsh winters and so the “proper” country house was constructed. One claim to minor fame of the place is that a former prime minister once visited and addressed a crowd of people. We can’t find any accounts of what he said so it can’t have been that memorable or important! The house was also briefly seen in a vintage Vincent Price movie scene.

Good old Hudson sold Gwylfa Hiraethog in 1925 to an un-named bidder who initially moved gamekeepers into the 11 bedroom home to manage the estate. Given the remoteness in winter, as the years passed staff became harder to find and the house eventually lay vacant.

Only a fairly short walk from a nearby road, the isolation here is amazing. It’s a great place to record sunsets on our GoPro cameras and now on our DJI Mavic Air drone.

The vastness of Denbigh Moors and the Gwylfa Hiraethog location in good sunlight can have those life changing vibes, bringing a wonderful sense of both appreciation and perspective. 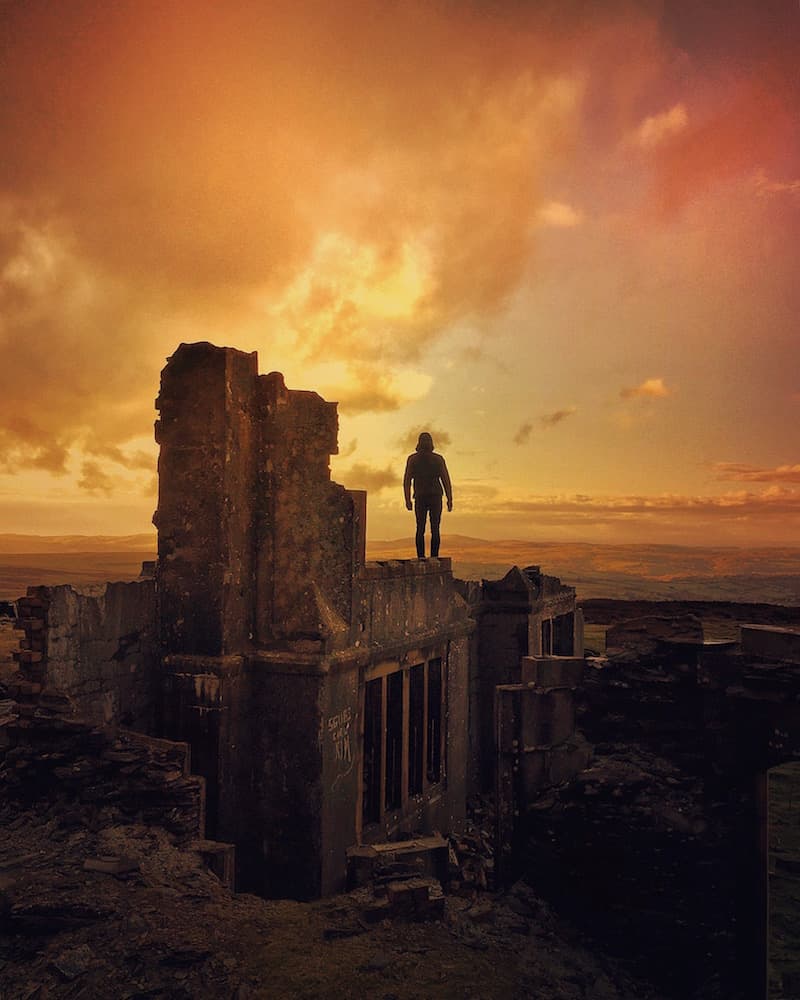 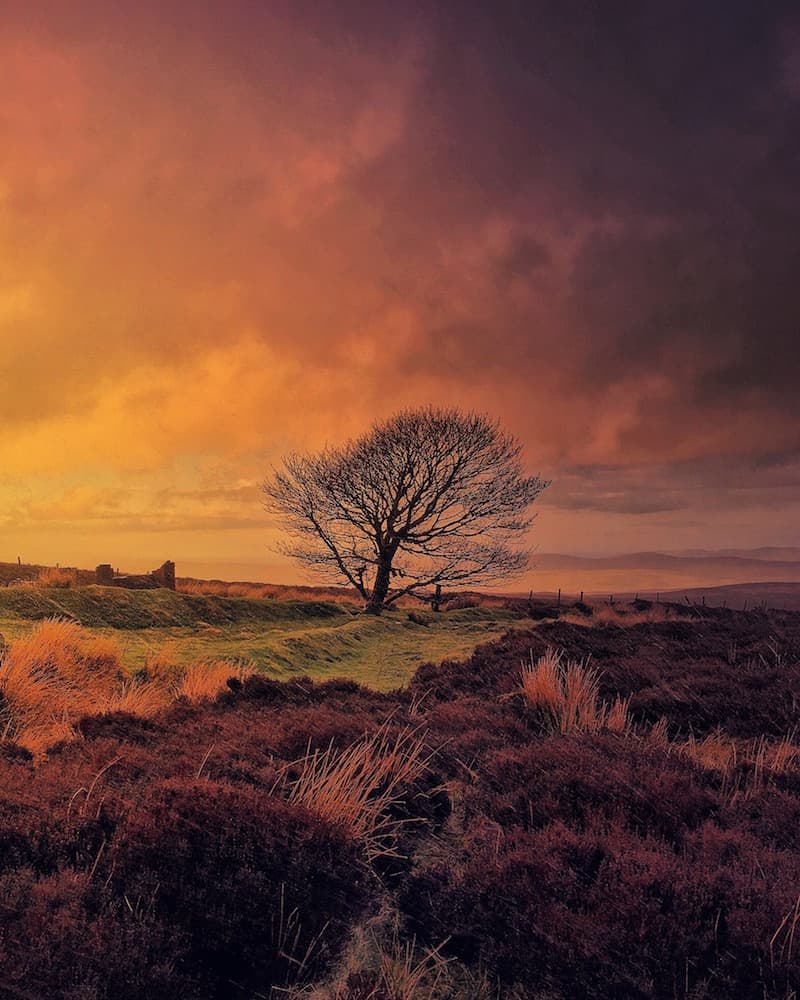 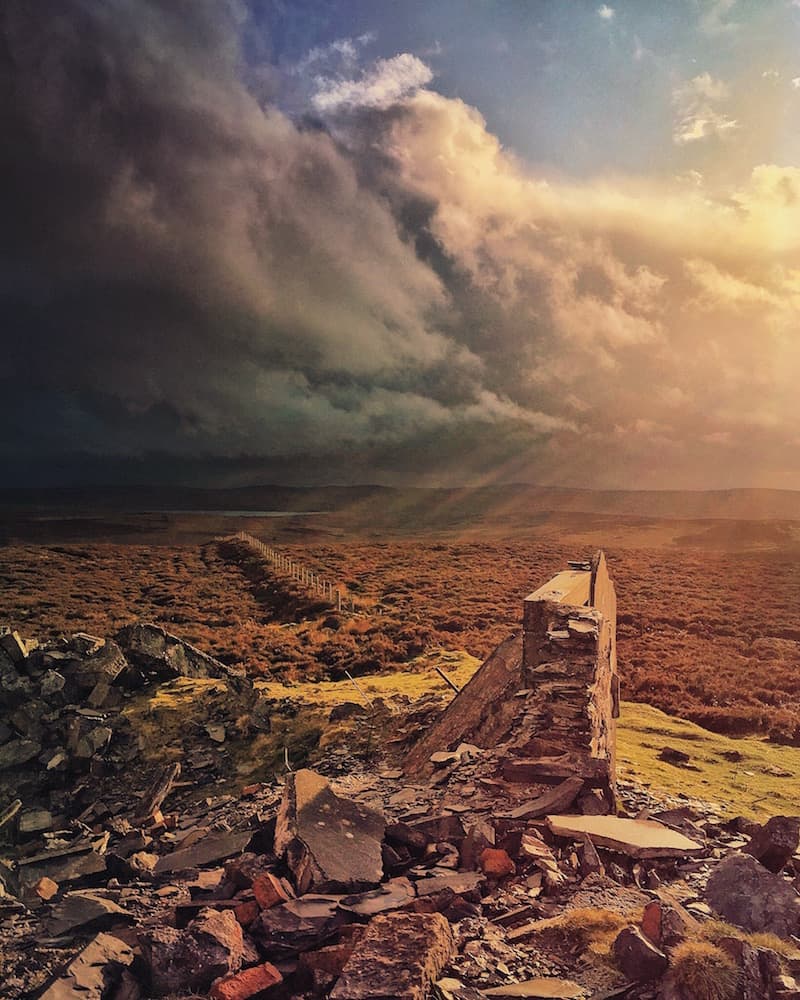 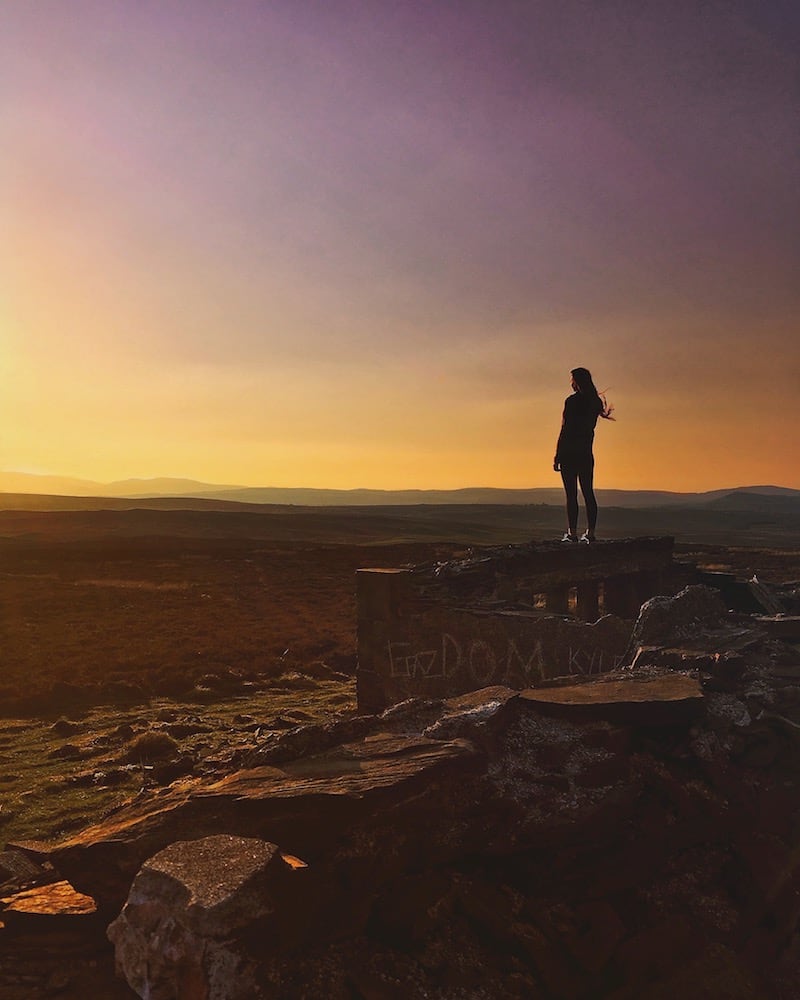 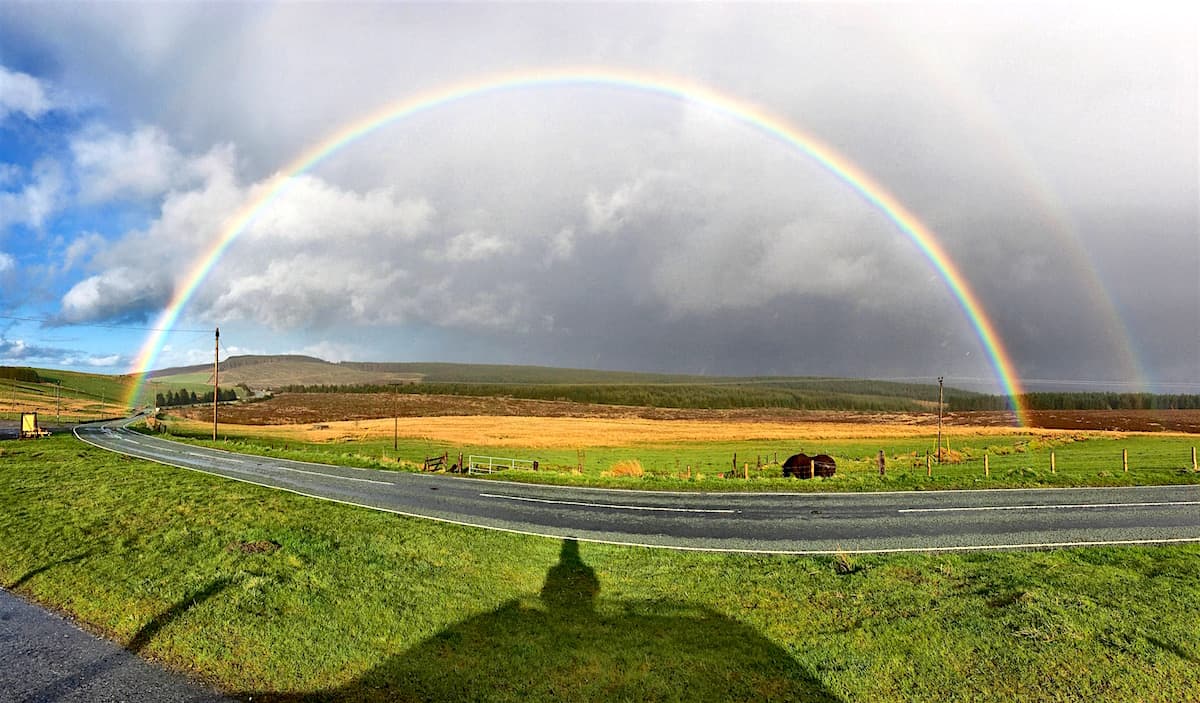 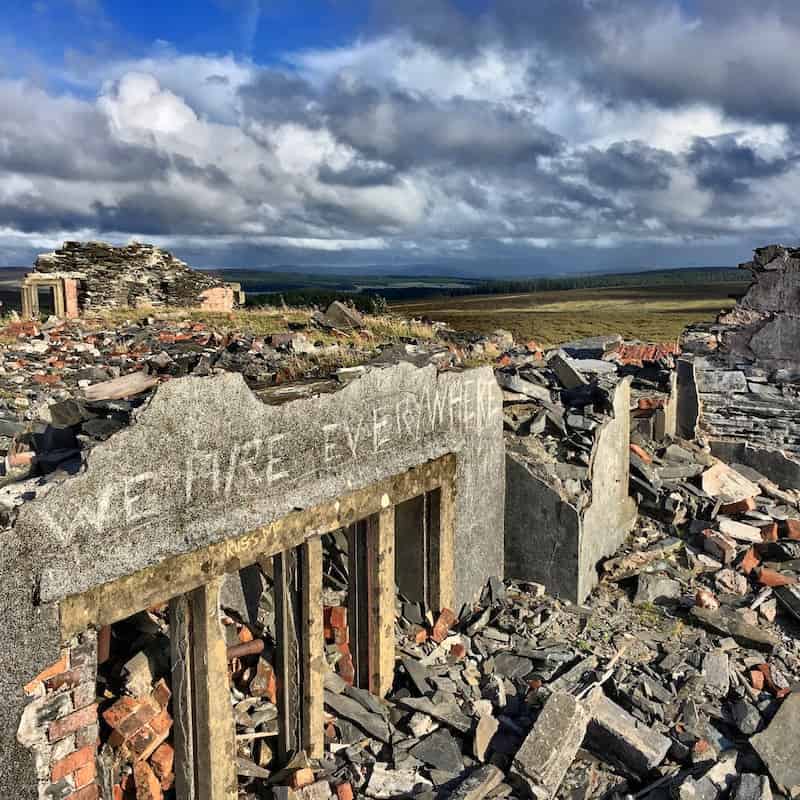 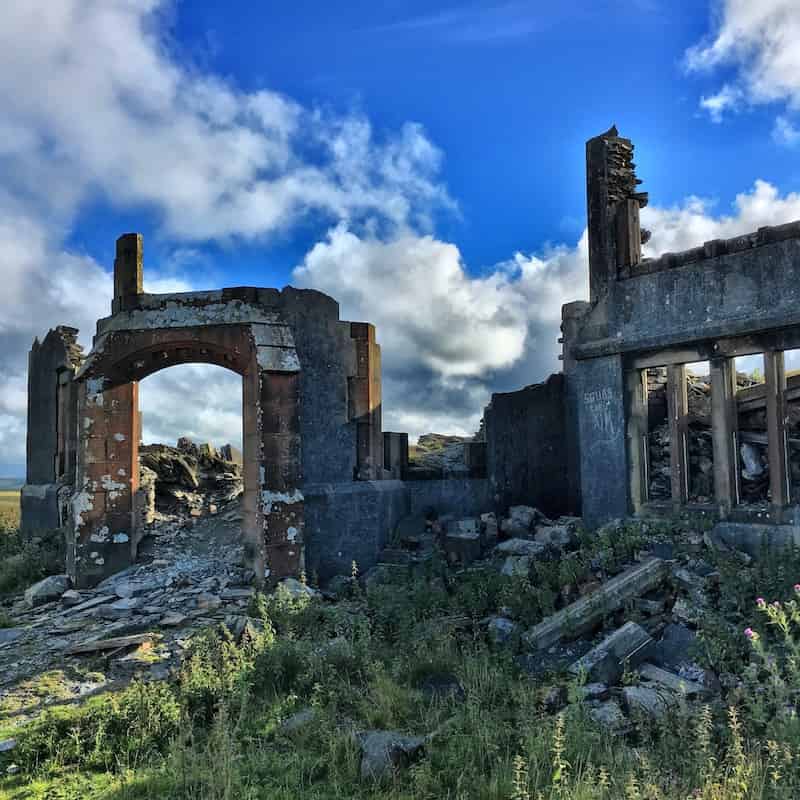 This YouTube video has footage from 1996 of Gwylfa Hiraethog, when many more of the walls and columns were still standing (not created by us, all credit to the YouTube channel owner).